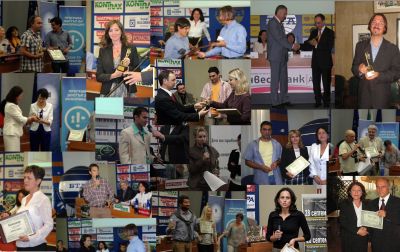 At the Ceremony, four Golden Key awards are presented to a citizen, an NGO, and a journalist who has most actively exercised their right to information; and to the institution which has most efficiently organized the provision of public information and has developed positive practices.

The 2014 Right to Know Day Awards Committee will select the winners in the six categories.

Everyone can send a nomination through the special web site: http://www.righttoknowday.net/en.

Furthermore, AIP collects nominations with the help of the AIP coordinators around the country (all of them journalists); and also based on the cases that have been referred to AIP for legal help during the year and the results of the special survey which we perform with regard to active disclosure of public information by the institutions.

The criteria for the awards in the different categories, as well as detailed information on the previous ten RKD Awards Ceremonies held in Bulgaria, can be found on the updated web site: www.righttoknowday.net/en. Pictures, video, and promotional materials can be found on the new web site.

28 September is the day when the Freedom of Information Advocates Network was established in 2002 in Sofia, Bulgaria. AIP is one of the founders and active member of the FOIAnet.﻿﻿